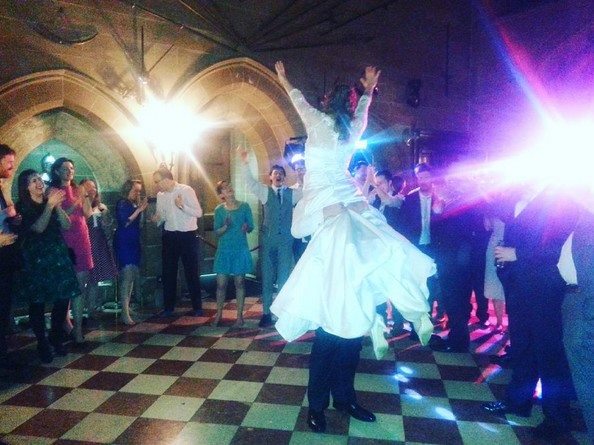 Who wouldn’t want to hold their wedding reception at Warwick Castle? One of the most well-known visitor attractions in England, not only does the castle play host to thousands of visitors each year, but it also welcomes brides, grooms and guests at weddings held in the sumptuous banqueting hall. Not many wedding venues can boast a fully armoured knight mounted on a charging steed! For a second we thought about getting into a costume of armour, but we realised that guitars and suits of armour probably don’t mix. 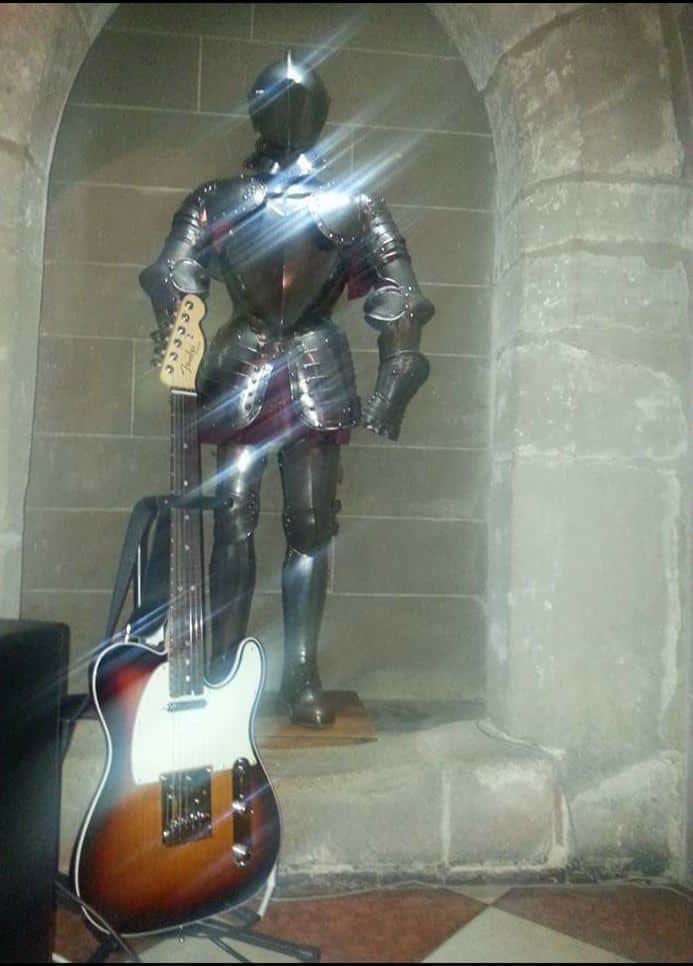 It was in this setting that we set up our equipment, waited for the appropriate time and then played two hours of high energy live music. Sonds requested by the bride and groom included “Mr. Brightside”, “Town called Malice” and “Don’t look back in anger”. Taking out cue from this, our sets were sprinkled with indie hits as well some classic music. We even dusted off our version of “I predict a riot” after some rather vocal requests to play it from the best man. Chorus seemed to be a cue for a playground-style “pile on” – nice… 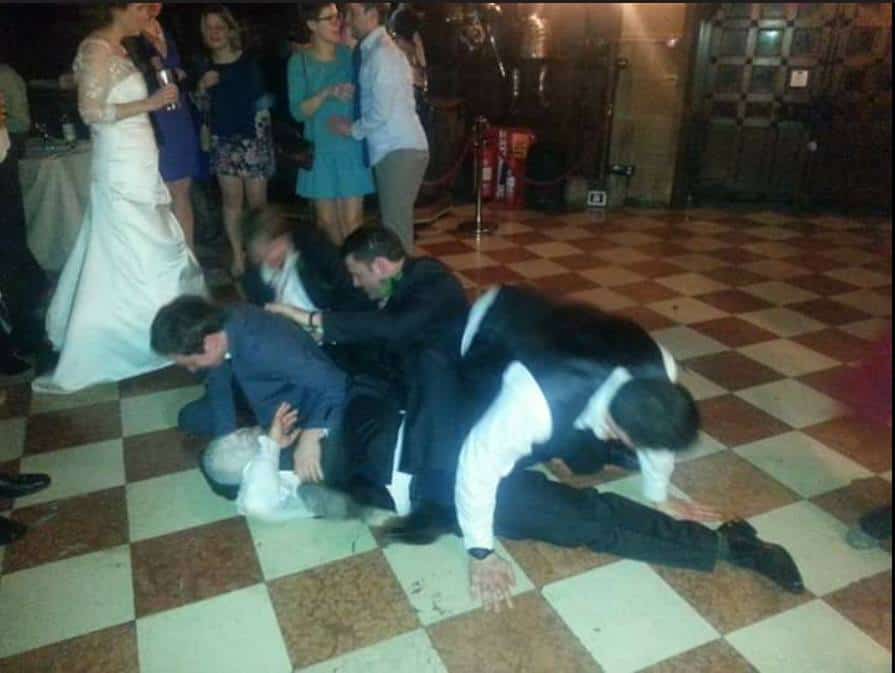 Everyone seemed to be in high spirits! From teenagers through to parents and grandparents, the dance floor was full all night, and we like to think that our mix of music and energetic and entertaining approach to performance played a part in creating the right atmosphere. As usual, we also provided DJ music to ensure that the party continued in-between and after the live band sets. The customary photo of the guests from my microphone is proof of the party atmosphere! 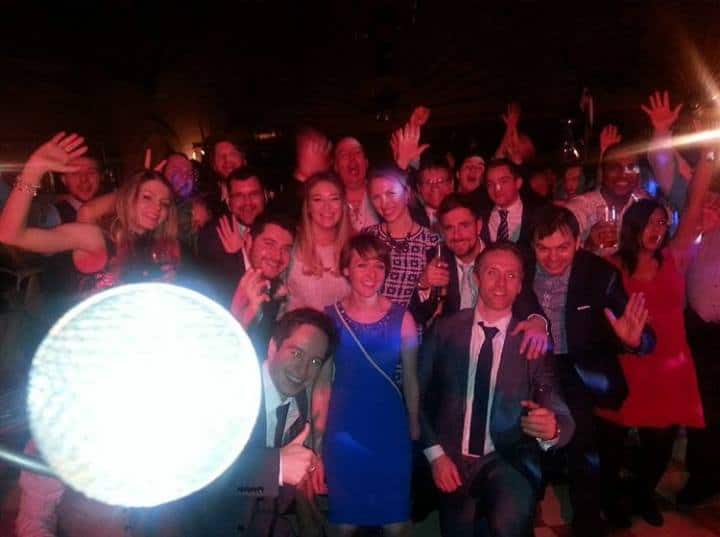 How did we go down? Robin told us “Brilliant music guys. Thanks so much for playing, you were great!” High praise indeed. Thanks to everyone who attended; you made our night! If you’d like us to make your night, call us on 0796 433 5657. 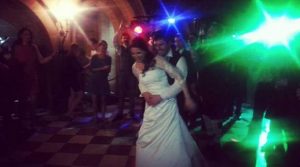 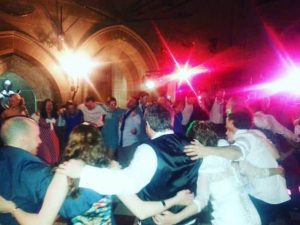 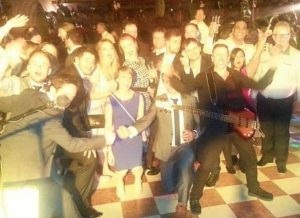