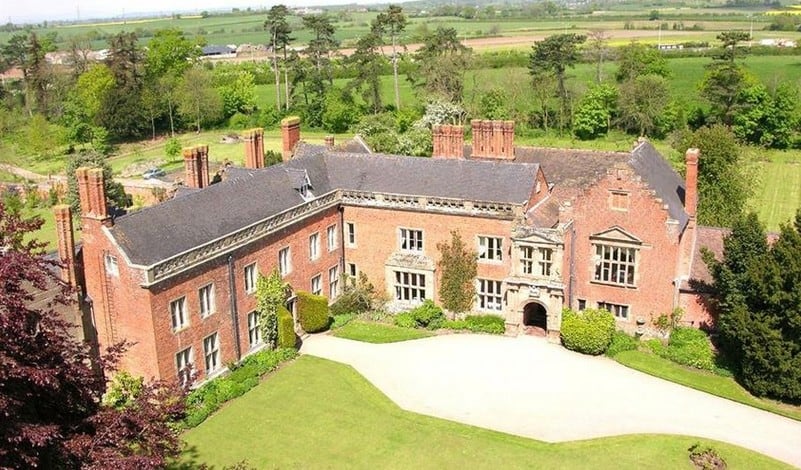 Poor Ryan Giggs. 963 appearances and 168 goals for Manchester United, yet what most people remember is his failed attempt to preserve his anonymity with a so-called High Court “super injunction” relating to something he may or may not have done with someone. It just goes to show that even millionaire footballers can’t win them all. 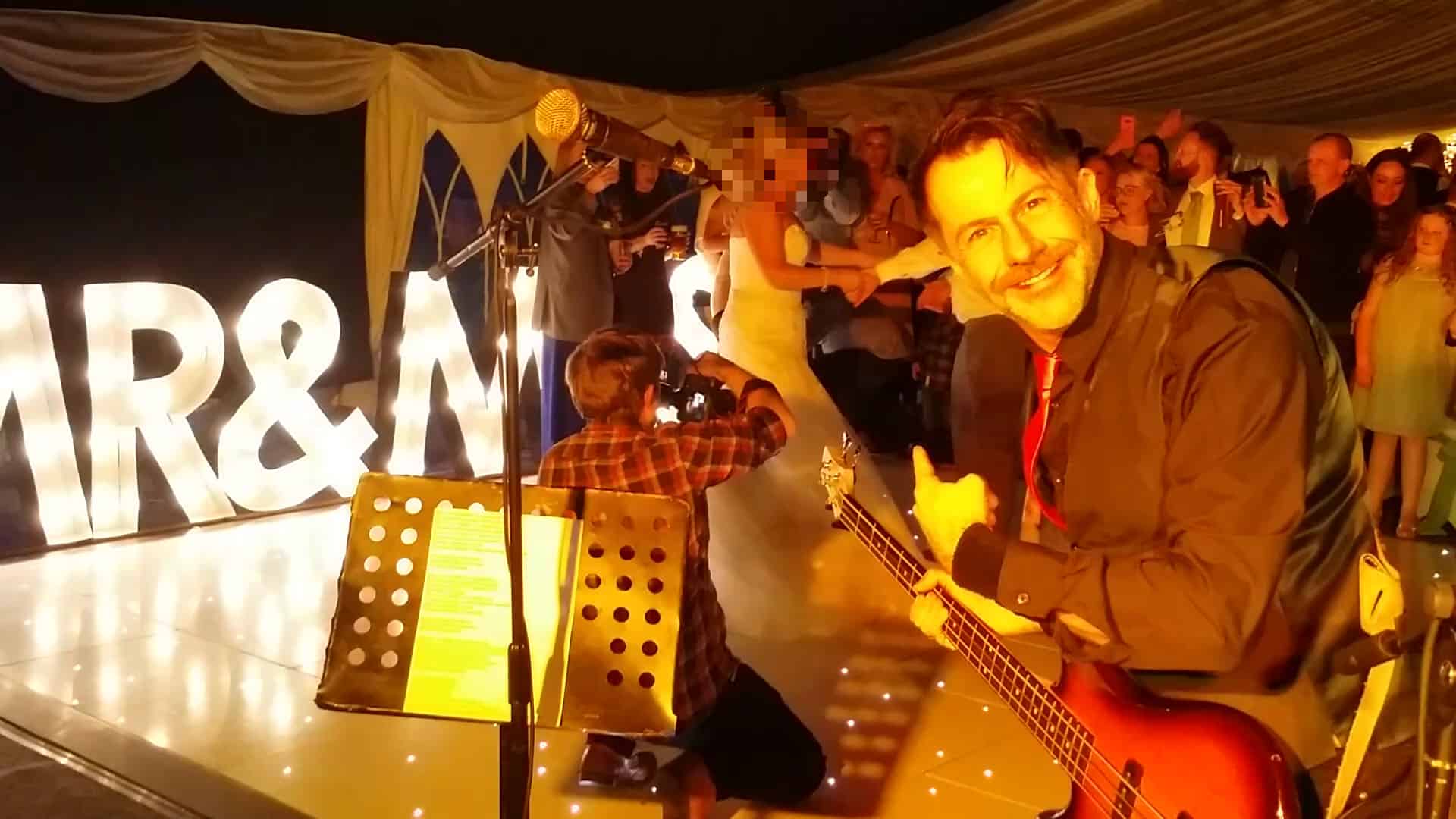 It was Giggs we thought of when composing this news item. Why? Because despite the lovely, happy, heartwarming nature of 99% of wedding receptions we perform at, sometimes, beneath the patina of well-wishing and bonhomie, an ominously dark undercurrent of long-held familial tensions bubbles to the surface. Most times this rancour is diffused with a combination of peacemakers and drink buying. Once in a blue moon however, passions cannot be contained, and when we come to write about our bookings, modesty dictates that we preserve the anonymity of those involved. 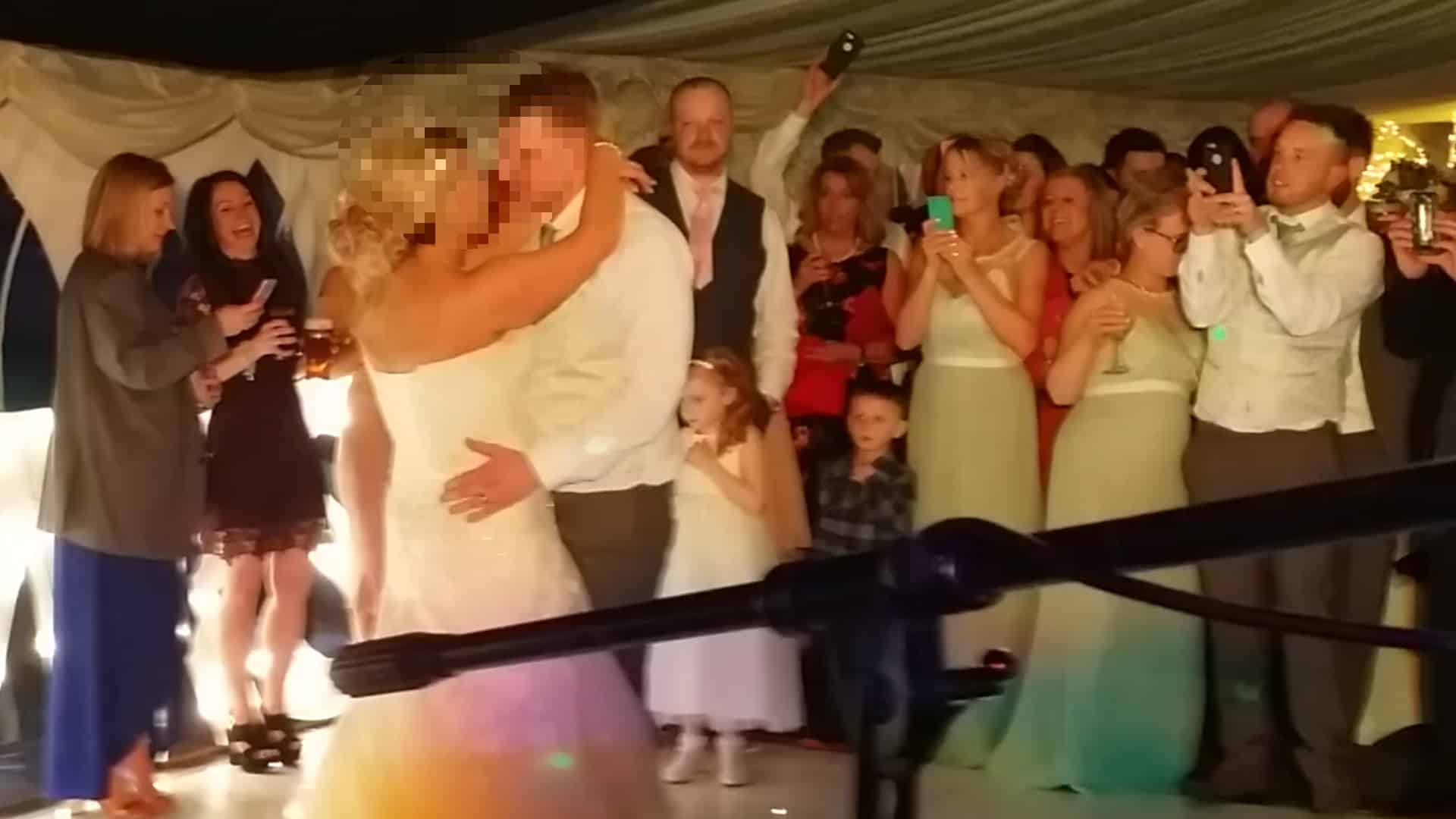 And so it was at Grafton Manor, normally a haven of  North Worcestershire tranquillity. We had been hired by “Ryan” (not his real name) and his bride “Imogen” (not her real name) to perform their wedding reception. Upon arrival at the venue, the duty manager greeted us and told us that the wedding breakfast and speeches had almost finished and that we could start loading in our equipment in a few minutes. It was then that we noticed two large gentlemen standing guard outside the entrance, displaying SIA badges, which could only mean one thing – the venue had hired bouncers. 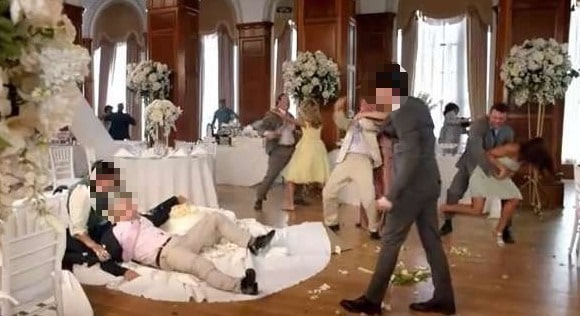 Bouncers, at a wedding? Interesting…so we set up our equipment and performed a brief soundcheck, after which we were warmly greeted by “Ryan” and “Imogen” who told us that they chose us from a shortlist of about 20 bands because of our mix of music and on-stage energy and were really looking forward to getting on the dancefloor. They also told us that their guests were “lively” and looking forward to our music. First off was the DJ. Now we provide a DJ service as standard at no extra charge, but the bride and groom opted to have their friend DJ for them. Their friend being a club DJ, his music was, to use the vernacular, “bangin’ house”, designed to send people into a euphoric frenzy.

By contrast our two sets of live band music were designed to appeal to all tastes, including: