OK, so it’s not the longest distance we’ve travelled to a gig, returning the same night (that would be France, believe it or not), but nevertheless, Grimsby is somewhat of a drive. But when you’re part of the UKs’ hardest working function band, distance is usually no object. 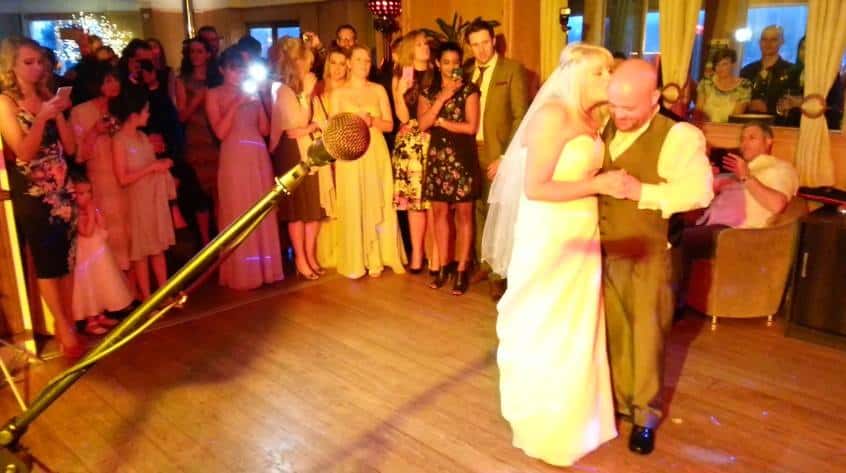 Which is why we found ourselves motoring up the M1 past Doncaster and then heading east along the M180 towards Grimsby at the behest of Scott and Charlotte, who hired us to perform at their wedding reception. As usual, we arrived early, which of course meant that bride, groom and various members of the wedding party had no need to check their watches while saying “shouldn’t the band have been here by now?” We’re good like that. 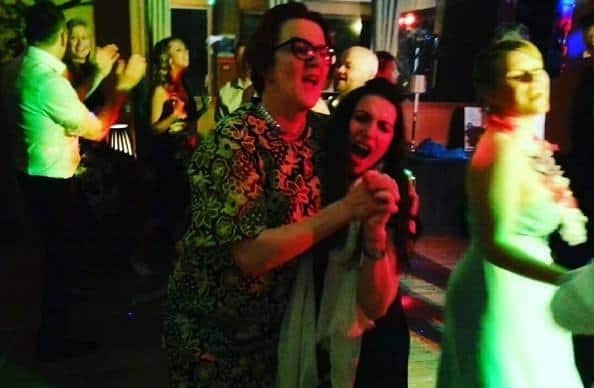 As you might expect from a golf club, the club house was situated in gently undulating scenery, none of which we stopped to admire – we had a job to do. The performance area wasn’t huge, which is why Hard to Handle as a three piece are perfect! We set up our compact rig, leaving plenty of space on the dance floor for guests to strut their stuff. 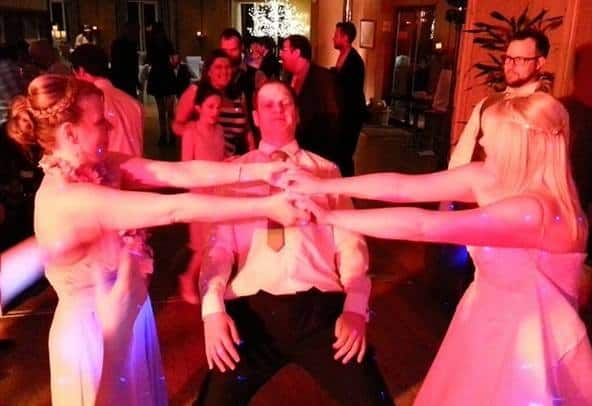 Everyone duly obliged. There were no shy, retiring types here and the dance floor was well and truly used. Our version of “Shut up and dance” by Walk the Moon is sounding particularly good, and staples of our set such as “Mr. Brightside” and “Sex on fire” continue to be floor fillers. As there were some 1990s kids in attendance, we also wheeled out “Basket case” by Green Day and “All the small things” by Blink 182, which needless to say, brought the house down. 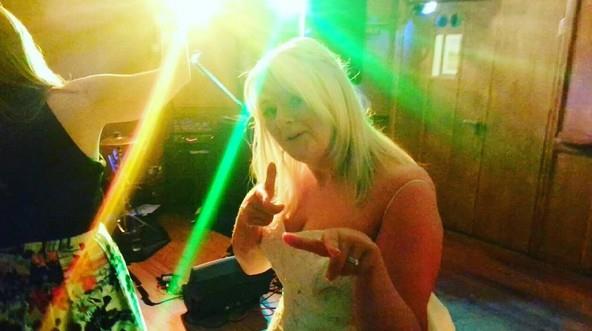 We noticed some ties wrapped around the heads of the male guests, old school style, which is always a good sign, and also an impromptu limbo competition took place – a first for us! Scott told us via Instagram, “You guys were fantastic, everyone should have you at their wedding!”