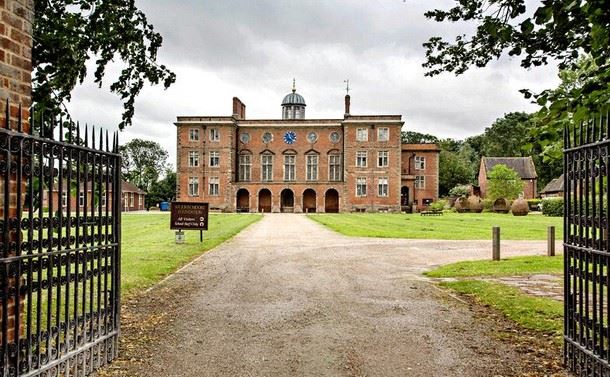 Sir John Moore was a 17th century mayor of London. He had several illustrious careers – in the army, in the lead industry, as a courtier to King Charles 2nd and in politics. It appears however that his heart remained in the area of Leicestershire where he was born. Amongst several charitable acts in his lifetime, he founded a local free grammar school, designed by Sir Christopher Wren and renamed “The Sir John Moore school” after his death. 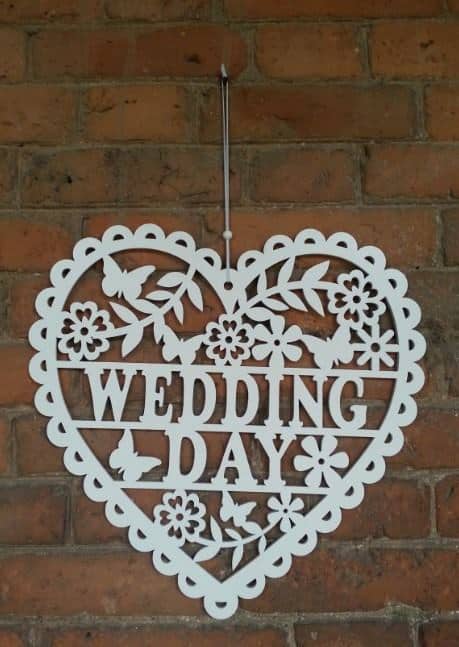 All of which is lucky for Hard to Handle band as this is where we played recently! Nicola and Steven, clearly arbiters of good taste, chose us to perform at their wedding reception and hired us well over a year before the booking took place. They listened to the broad mix of music on our website, read the testimonials from couples we have performed for recently, and even spent time reading the overly wordy news articles such as this one. 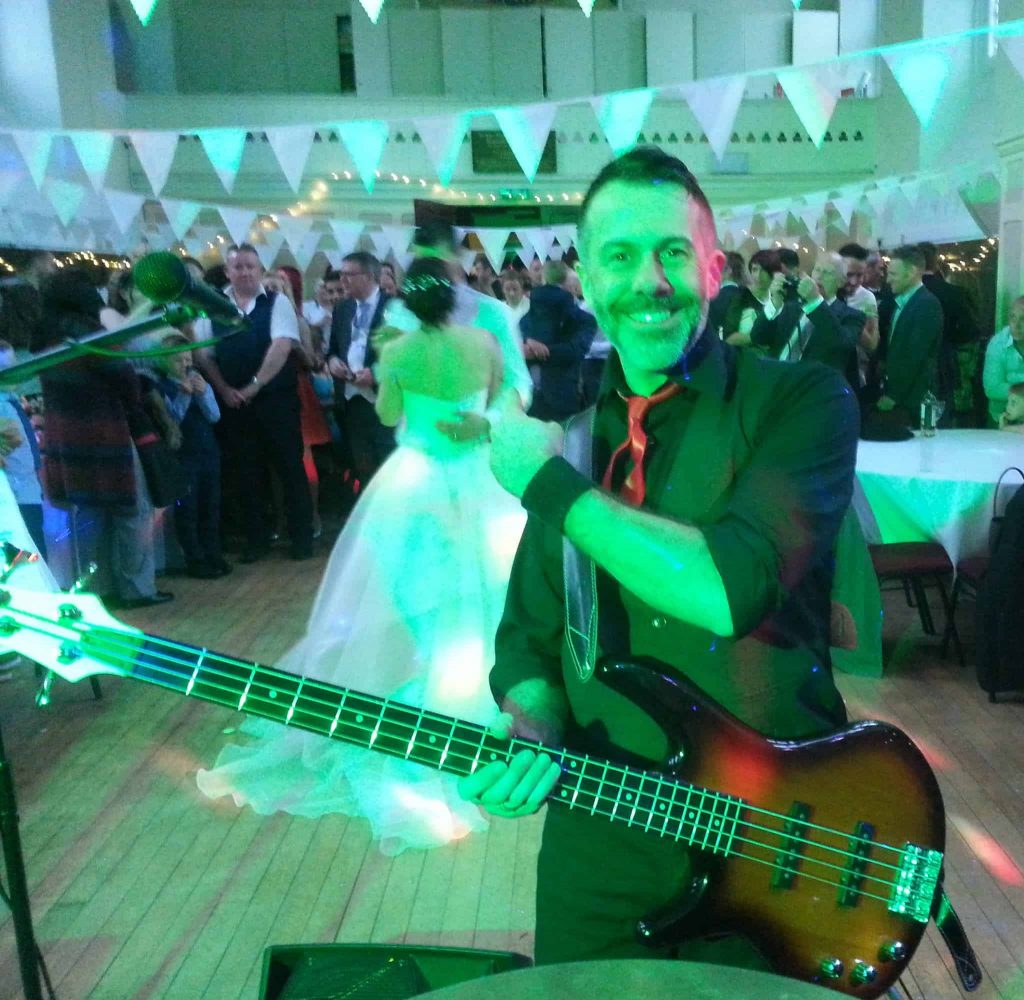 We also had conversations with Nicola to ensure she had all the information she needed to make an informed decision. She wanted a great sounding band with lots of energy who could get people on the dance floor from the first song and keep them there – and that’s what she got. Having run through all the details such as timings, song requests, etc in advance, we arrived at the venue on the day in plenty of time. 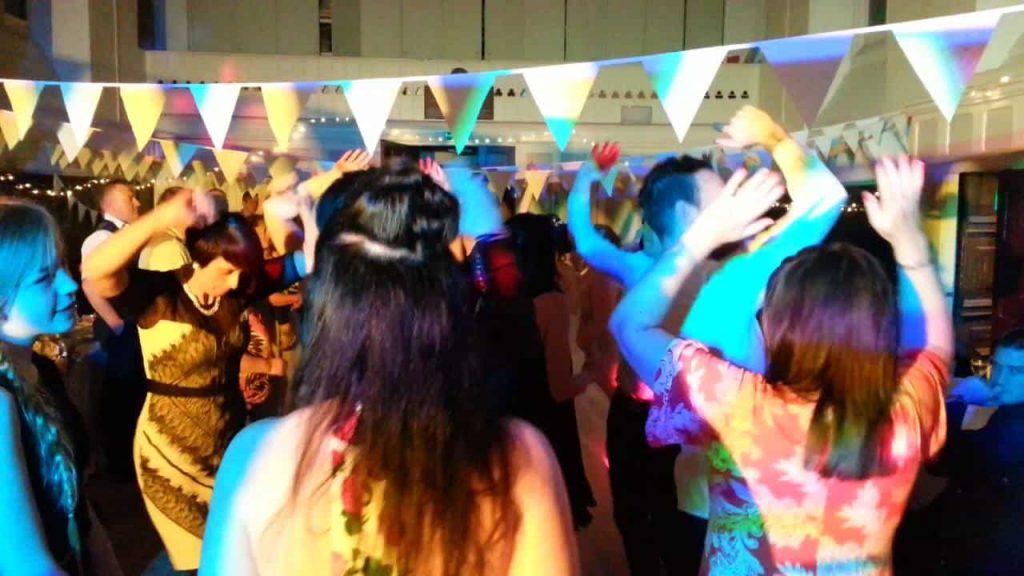 After the wedding breakfast and speeches had finished, we loaded our equipment into the main school hall and set up underneath a statue of Sir John. We’d like to think that as a keen courtier, he would have appreciated the merriment and music taking place in the establishment which bears his name. One of use is sure he saw the statue wink at some of the girls dancing, but we can’t be sure. 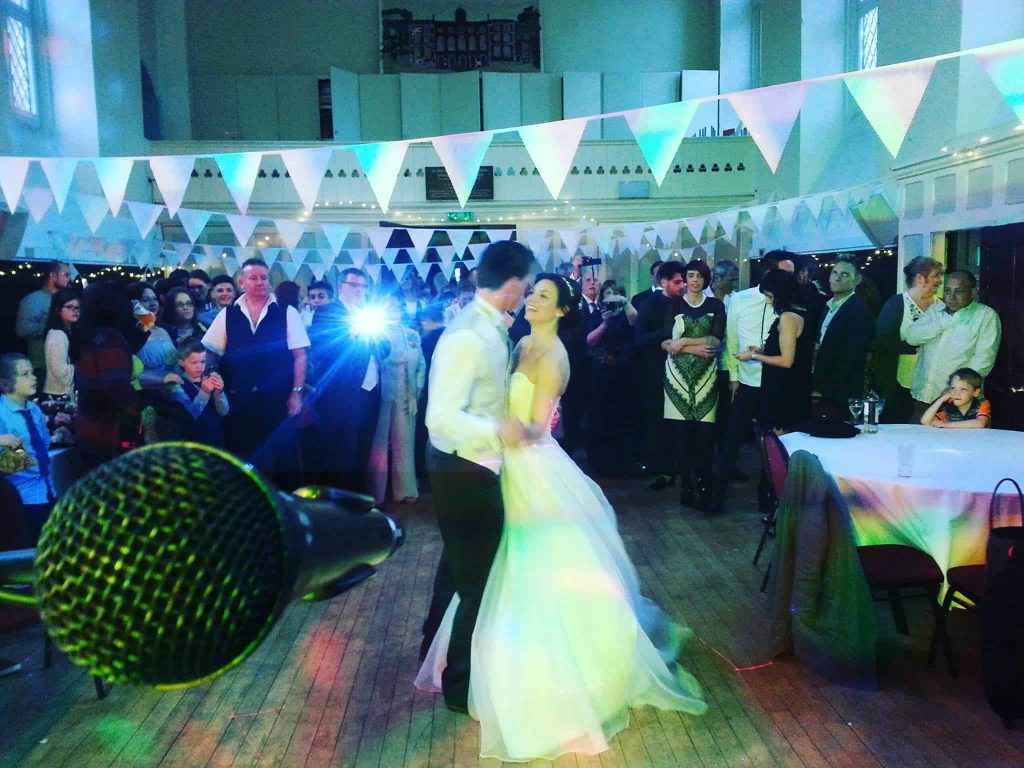 When it was time for Nicola and Stevens’ first dance, we called for their guests to line the edge of the dance floor – photographers love this as is makes their first dance photo look great! The bride and groom covered a lot of floor during the song, and halfway through we encouraged their guests to join them so they didn’t feel too exposed. The song finished, bride and groom embraced, everyone cheered and then the party started! 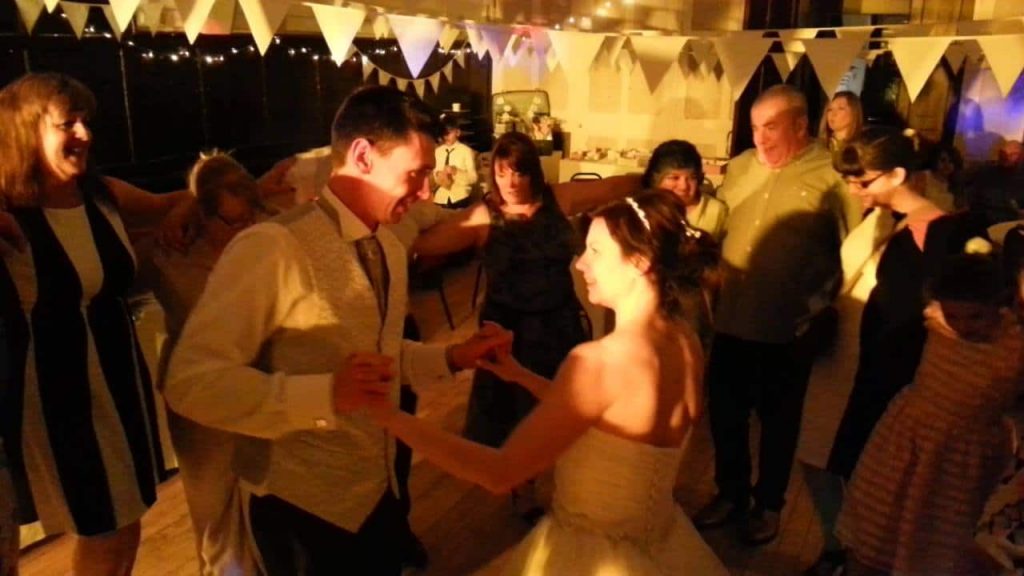 We played over two hours of live music from the 1960s through to the modern charts, including indie, classic rock (nothing too heavy of course), pop, soul and more, and made sure we included a couple of Elvis songs as requested by Nicola. “Shut up and dance” by Walk the Moon and “Mr. Brightside” by The Killers went down particularly well, and we also slipped in “Are you gonna go my way” by Lenny Kravitz. 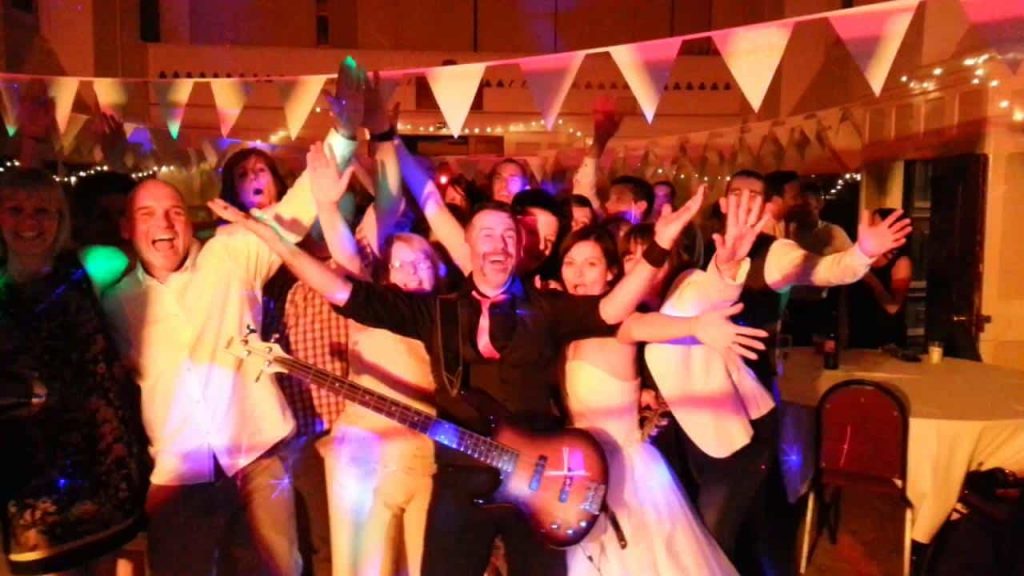 There two total highlights of the night for us. Sometimes when you’re playing, you see a couple of guys standing at the edge of the dance floor, but they’re not watching the girls; they’re staring intently at our instruments and watching us. This usually means that we’re in the presence of other musicians – in fact there were members of two other bands present as guests, one of whom we invited up to sing with us. Johnny was a complete ball of energy, and sung “All the small things” by Blink 182 and “basket case” by Green Day with us – superb! 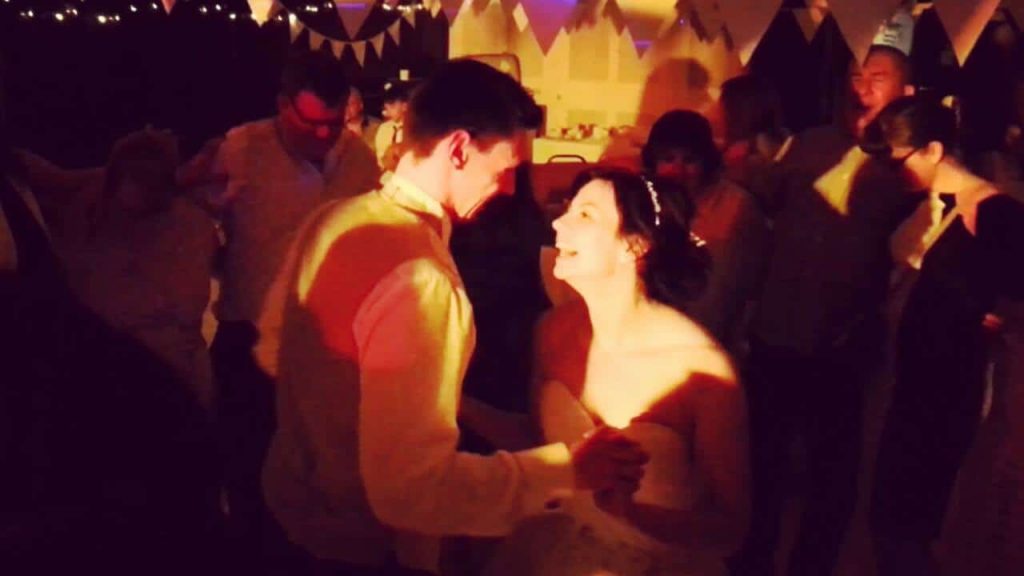 Just before the last song, Steven the groom collared us and said “you guys are brilliant, but I have a request – can you play “Highway to hell” by AC/DC?” OK, so it’s not the most appropriate song to herald in wedded bliss, but as it’s a song in our repertoire, and when the groom asks, you can hardly refuse, can you? Suffice to say, we brought the roof down. Nicola, who remained excited from the start of the day until the end of the night, told us:

“you were absolutely brilliant, I’m so glad we hired you, everyone was one the dance floor! Thank you so much!” 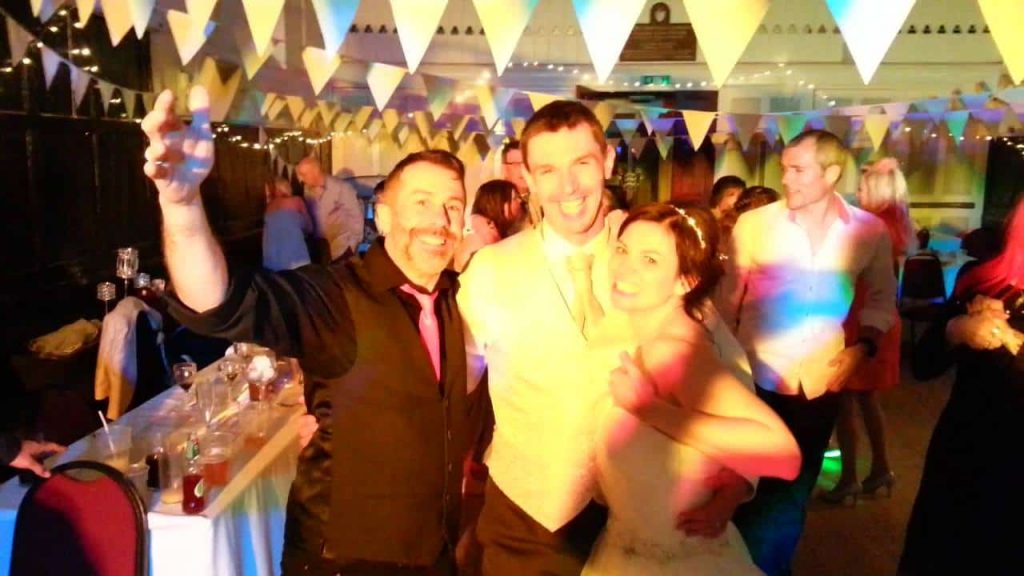 Tags: Leicestershire Wedding Entertainment
All the way to Grimsby…and back again
June 2016 – a busy month!